I was in orbit around Earth and I could observe the 2012 transit of Venus. The planet Venus appeared as a small, dark disk moving across the face of the Sun, and the transit won’t be repeated until the year… 2117.

The transit of Venus is an old story, as described on the NASA website:

There is some evidence that the ancient Babylonians saw and recorded on a tablet something about Venus and the Sun in the 16th Century B.C., but the record is not clear. It is fair to say though that Galileo Galilee with his telescope, in 1610, was the first human to actually see Venus as more than just a bright point of light in the sky.

Johannes Kepler, meanwhile, was shaking up the world with his meticulous use of astronomical data assembled by Tycho Brahe. He predicted that Venus would pass in front of the Sun on December 6, 1631, but unfortunately the transit was not visible from Europe at all.

The first recorded sighting of this transit was by British cleric, Jeremiah Horrocks, and his friend William Crabtree, on December 4, 1639—only because Horrocks had mathematically predicted it, using better data than Kepler did.

I told you, it all started a long time ago… Now the best view of the transit of Venus, from Hong Kong, China. 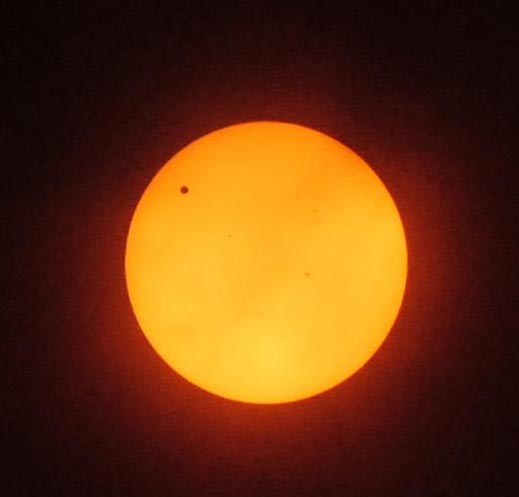