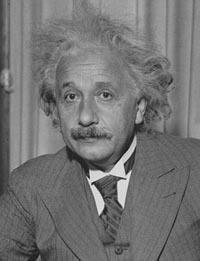 Back in September 2011, a team of particle physicists detected neutrinos moving faster than the speed of light as they traveled from CERN to the Gran Sasso lab. They smashed the universal speed limit by 60 nanoseconds — a result that was constant, even after 15,000 repetitions of the process. The results seem to run counter to a century’s worth of physics and would overturn Einsten’s special theory of relativity if true. As such, CERN called for more experiments to double-check the findings.

[…] At the International Conference on Neutrino Physics and Astrophysics in Kyoto on June 8, CERN research director Sergio Bertolucci presented results on the travel time of neutrinos from CERN to the INFN Gran Sasso Laboratory, on behalf of four experiments — Borexino, Icarus, LVD and Opera. All four experiments measured a neutrino time of flight that was below the speed of light, confirming that neutrinos respect Einstein’s cosmic speed limit. The previous anomaly was “attributed to a faulty element of the experiment’s fibreoptic timing system.”

If you don’t get why it would have been a big deal to prove Einstein’s theory wrong, a news on The Guardian explains it all:

Travelling faster than the speed of light goes against Albert Einstein’s theory of special relativity. If it were possible, it would open up the troubling possibility of being able to send information back in time, blurring the line between past and present and wreaking havoc with the fundamental principle of cause and effect.

Now we know where we stand.