Why we should keep a vigilant eye on the Artic 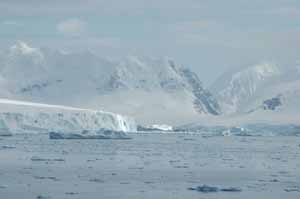 It has been a month since I left the Earth. I already shared with you some of my new experiences up there but if I can see wonderful things, I also realize the changes on our planet due to the ice melting, will have consequences. But not only catastrophic ones it seems.

I just read an article on CNN by Bob Reiss, a former reporter at the Chicago Tribune, who just published “The Eskimo and the Oil Man“:

What happens in the Arctic as ice melts there could soon cheapen the cost of the gas you buy and products you purchase from Asia. It could help make the nation more energy independent. It could draw our leaders into a conflict over undersea territory. It is already challenging Washington to protect millions of square miles filled with some of the most magnificent wildlife on Earth, and native people whose culture and way of life is at risk as a squall line of development sweeps across the once inaccessible top of the planet.

So it could be great, but it could also go terribly wrong:

The Russian military has identified the Arctic as one of the likely places for conflict to erupt in the 21st century over resources. Even if actual combat never occurs, whoever controls the high north will wield enormous influence in the coming decades.

Look to the Arctic. That’s where much of our common future is about to play out.